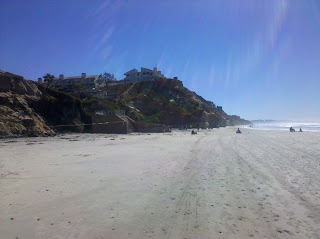 On the north end of town is Tabletops Reef. It formed when the cliffs eroded. I love surfing this spot and do it several times a week. 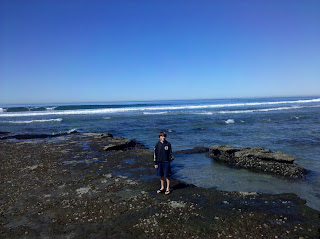 As my son and I walked from the north end of Solana Beach, home to Tabletops, to Fletcher Cove, we see the result of poor planning and poor policy. We have a near continuous seawall built in my son's short 11 year lifetime. These seawalls will kill formation of beaches in his lifetime and the continued formation of reefs. Erosion makes beaches and reefs. Seawalls kill reefs and beaches. Pretty simple stuff. 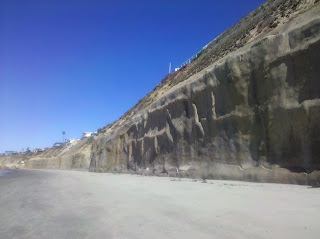 Here we see construction underway of the latest seawall. Built with rebar and tiebacks that go 60 feet into publicly owned bluffs. It looks so natural as required by the permit. 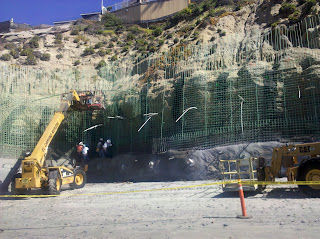 We have only a few areas where there is no seawall north of Fletcher Cove. Here is one spot just north of the new wall. 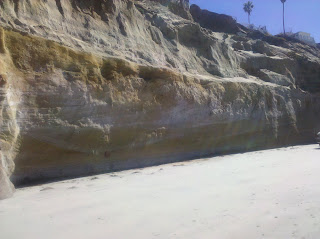 If you want to learn more about how beaches really form:
Read this whitepaper
View this video
If you want to make a difference, join Surfrider Foundation San Diego County Chapter's Beach Preservation Campaign.
The government policy right now is to create beaches by dumping sand and to allow seawalls on City owned property but not State Park Property.
Posted by Jim Jaffee at 12:26 PM